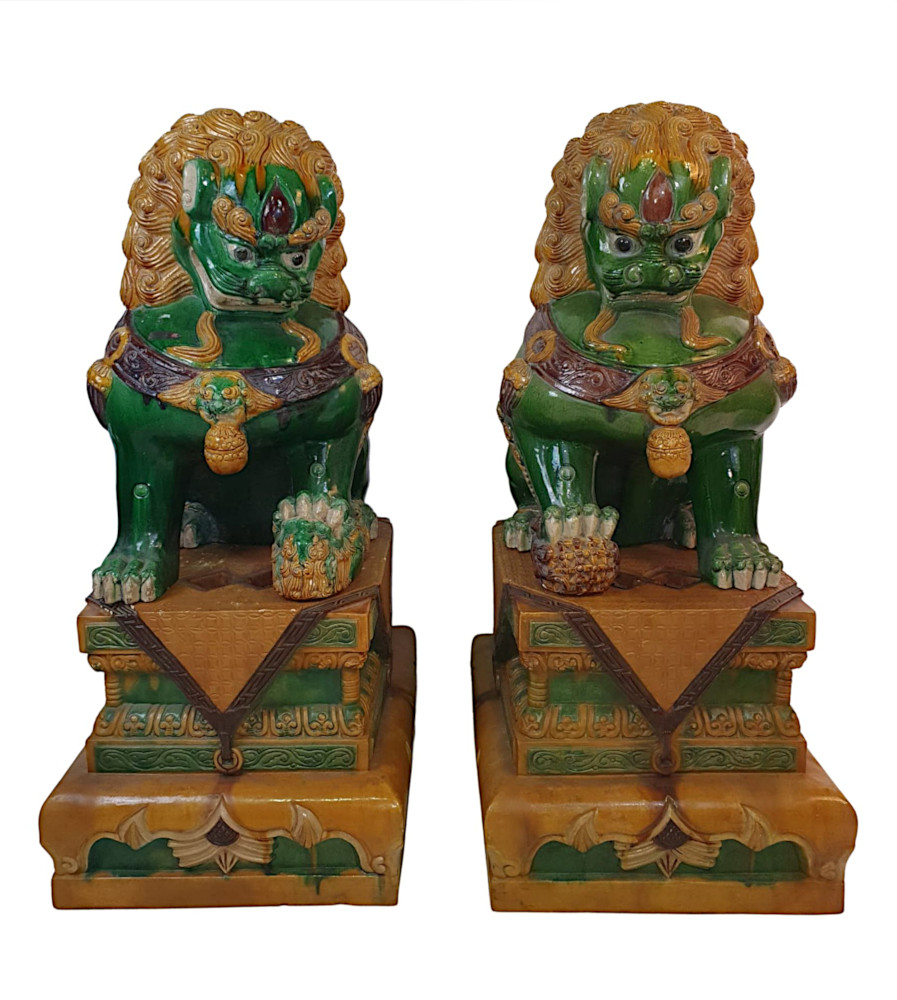 To enquire about this product please fill out the form below and a member of our team will be in touch.
* Denotes required field Send

Imperial guardian lions, commonly known as Foo Dogs. Dogs of Foo are guardian animals that are traditional Chinese symbols of protection that originated in China and can be traced back to the Han Dynasty (206 BCE-211 CE).  These lion-like creatures were often placed at the entrances of palaces, temples, and homes to guard and protect.  For thousands of years, pairs have been placed in the entrances of temples, government buildings, tombs and the homes of the elite, to stand guard and protect whilst also displaying wealth and power.  Foo Dogs are almost always shown in pairs, with one male and one female, to symbolise yin and yang.